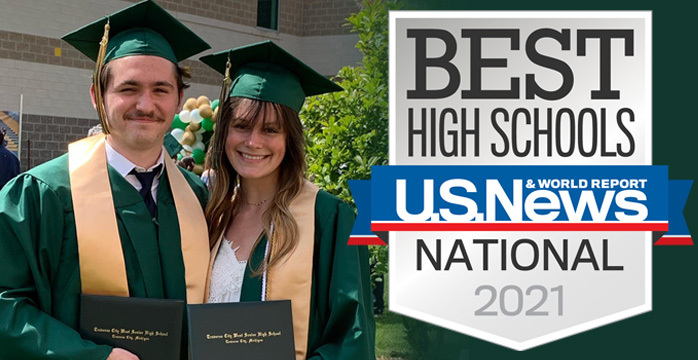 Home of the Titans!

The staff at TC West is committed to creating a positive learning environment where all students are treated with dignity, honesty, respect, trust, and are encouraged to become positive contributors to their local community. Currently, TC West offers over 132 different classes including 17 Advanced Placement classes, four vocational programs on-site, and dual enrollment and early college with Northwestern Michigan College.

TC West Senior High School has a little something for everyone. From music to theater, band to athletics, students have the opportunity to engage in their school and community.

The school utilizes a small learning communities structure to provide students the opportunity to create personal relationships with staff mentors. These communities, Athens, Olympia, and Sparta, create an individualized high school experience within each neighborhood. 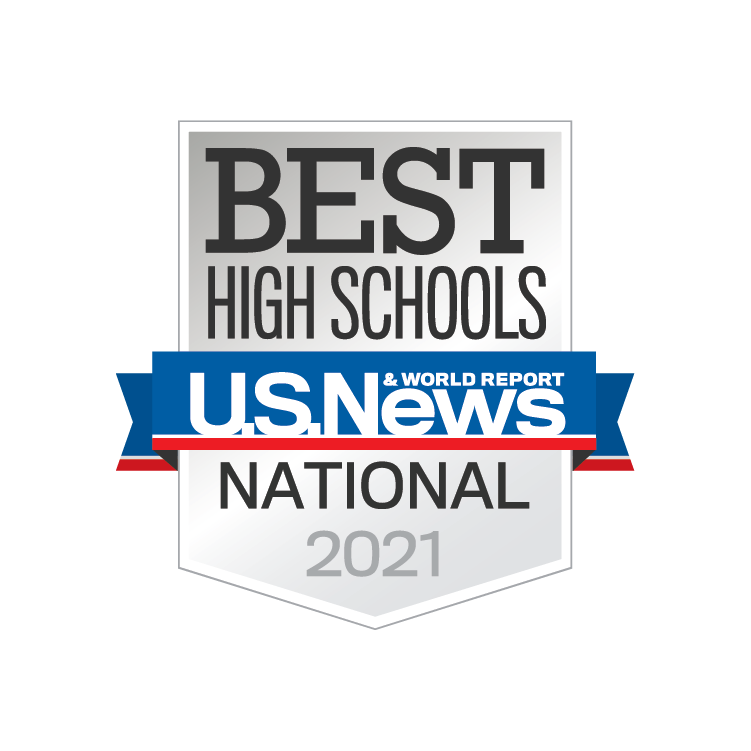 “The U.S. News and World Report rankings show the great work our high school staff, students, and administrators are doing every day. To be ranked among the top high schools in our state, and in the high percentiles in the nation, says so much about the educational services and value we provide to our community,” said Dr. John VanWagoner, superintendent of Traverse City Area Public Schools. “A student’s academic career starts early. The high quality learning environment in our elementary and middle schools are commendable and help to form the building blocks that support these collective achievements.”

The U.S. News and World Report “Best High Schools” rankings identify the country's top-performing public high schools. The goal of the rankings is to provide a clear, unbiased picture of how well public schools serve all of their students – from the highest to lowest achieving – in preparing them to demonstrate proficiency in basic skills as well as readiness for college-level work. To learn more about the rankings, visit:

Other Points of Pride

We have also created three small learning communities within the larger West structure in which all students have been placed into one of the three neighborhoods, Athens, Olympia, or Sparta.  Students now have even more opportunities for personal relationships with staff mentors and an individualized high school experience within each neighborhood.  With the addition of our new advisory structure within each neighborhood, all students now have the opportunity, through a systemic college and career planning curriculum, to develop an electronic portfolio to be exhibited through student-led conferences.

The Titan Excellence Fund Endowment was established in 2010, the result of a three-year effort, primarily led by Traverse City West Senior High School alums and widely supported by community members. Grant focus is to support programs or projects to benefit students of Traverse City West Senior High School, with a primary focus on supporting student life and academics. Programs or projects for music or athletics are also considered. Programs or projects could include, but may not be limited to: basic classroom materials, extracurricular activities or new clubs, school-related events, support for student involvement in community service projects, field trips (including cultural arts activities).

On average, endowments earn a 5% return on the principle invested. At over $25,000, this means approximately $1,200 is available each year to applications that fulfill the goals of the Titan Excellence Fund.

The Titan Excellence Fund is administered by the Grand Traverse Regional Community Foundation. 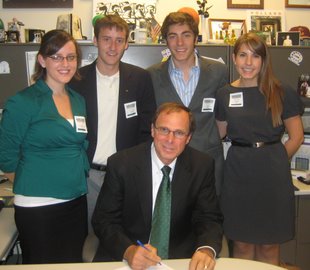 About the Campaign Leadership Team